With A Saffron Remedy, Nina van Bart visualizes a concept and presents both a context-specific solution and a broader attitude in which consumers are made to think about themselves and about the world in which they want to live.

Saffron is a spice with exceptional properties. Everyone knows how saffron adds that unique scent, taste and colour to a dish. What is less known, however, is its curative effects. Dried saffron has been used as a medicine for thousands of years. By the ancient Greeks, the Egyptians and in Chinese medicine, these gold-red stamens were and are used because of their mood-enhancing properties, their positive effect on digestion and their soothing effects on wounds. Recent scientific research increasingly confirms the value of these traditional applications.

Through her residency project A Saffron Remedy, Nina van Bart created a visual scenario in which the spice is used for ancient remedies in the form of new rituals. These rituals are deeds emphasizing the effect of the medicine in their form. They are linked to local products: a soothing milk drink that relaxes and stimulates a deeper sleep, an energising perfume evoking a romantic mood, a powerful chocolate complex that enlightens melancholy and a moisturising bath that soothes irritations. By incorporating the saffron into well-known local products and selling it through vending machines in the places where those products are made, they are made accessible to everyone and the processes behind them are made visible.

With her project, Nina van Bart also responded to the identity of the district in which she worked. With it, she meets the limited employment opportunities by presenting new local products, enriched or infused with saffron: new perspectives for production and sales. 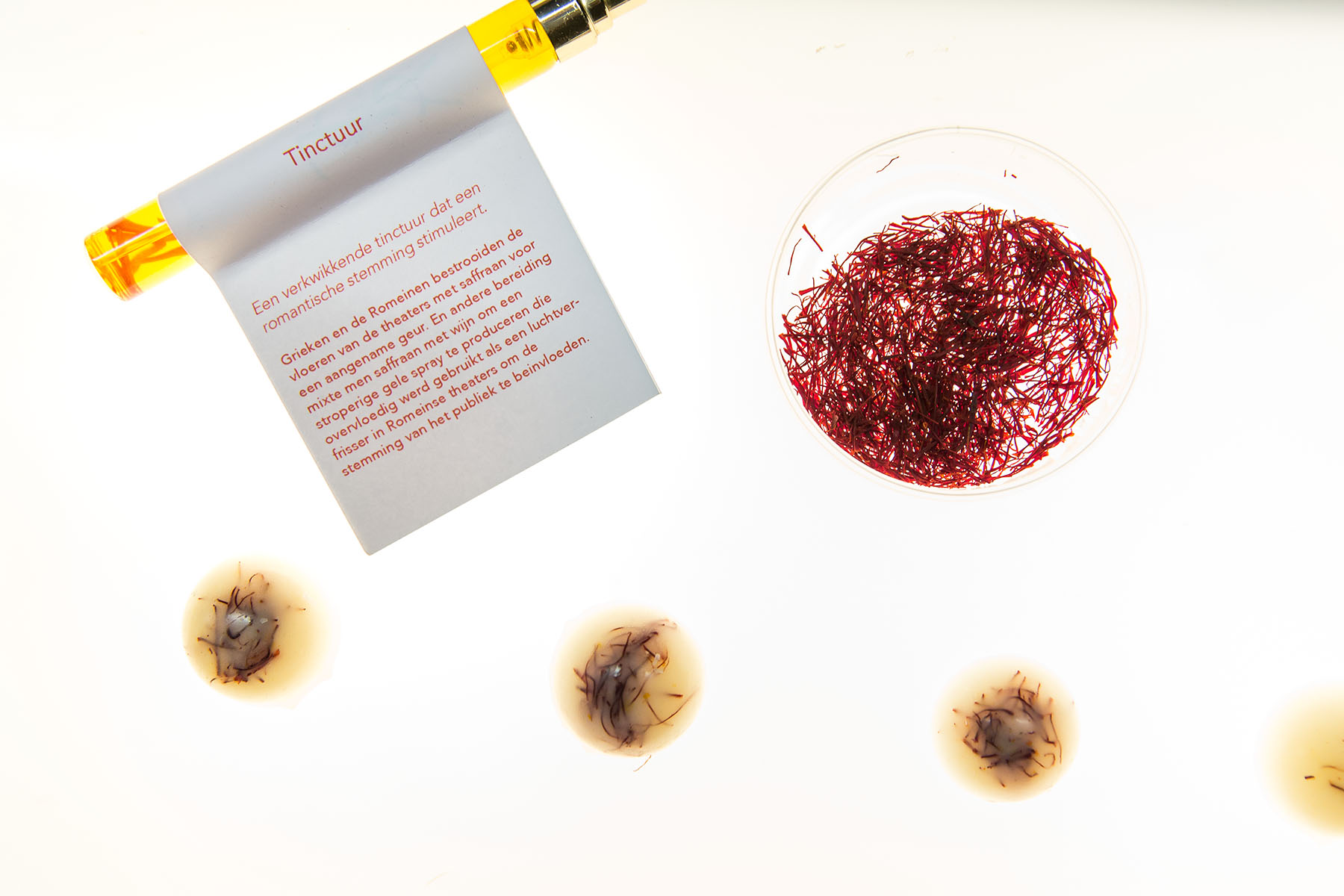 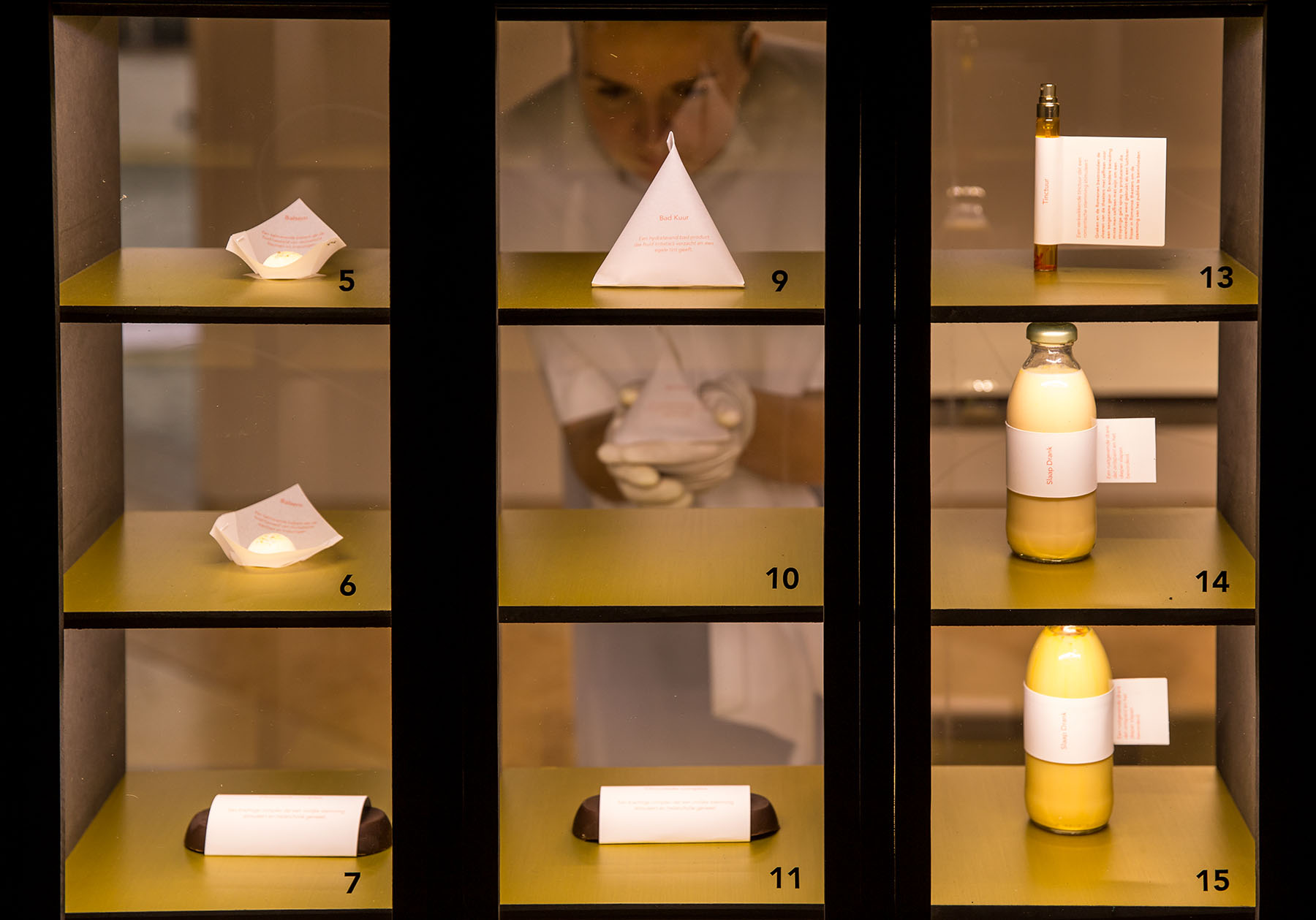 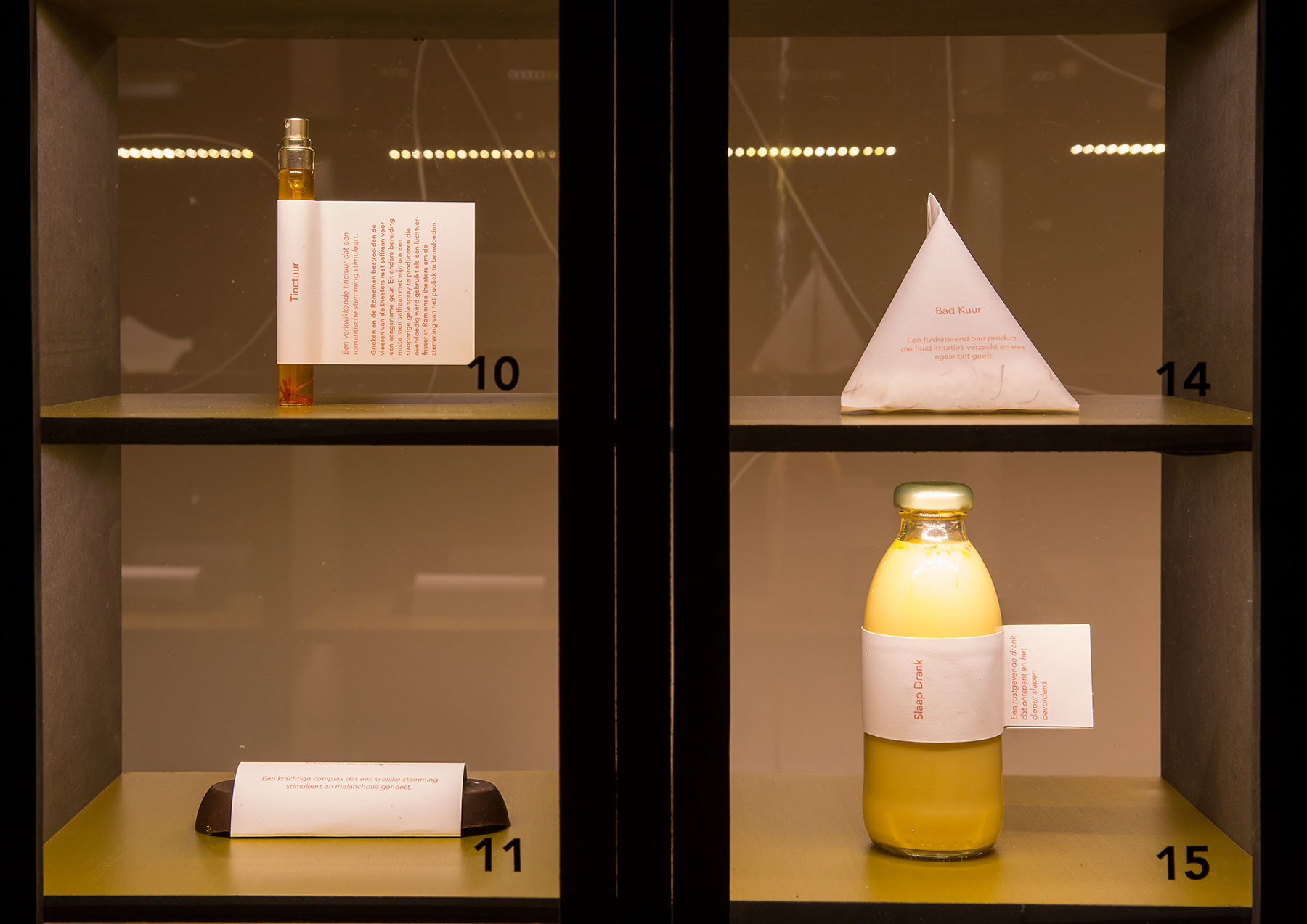 “Nina van Bart visualises a concept for the future in which the local community in Groningen processes saffron into local care products in order to create employment.” 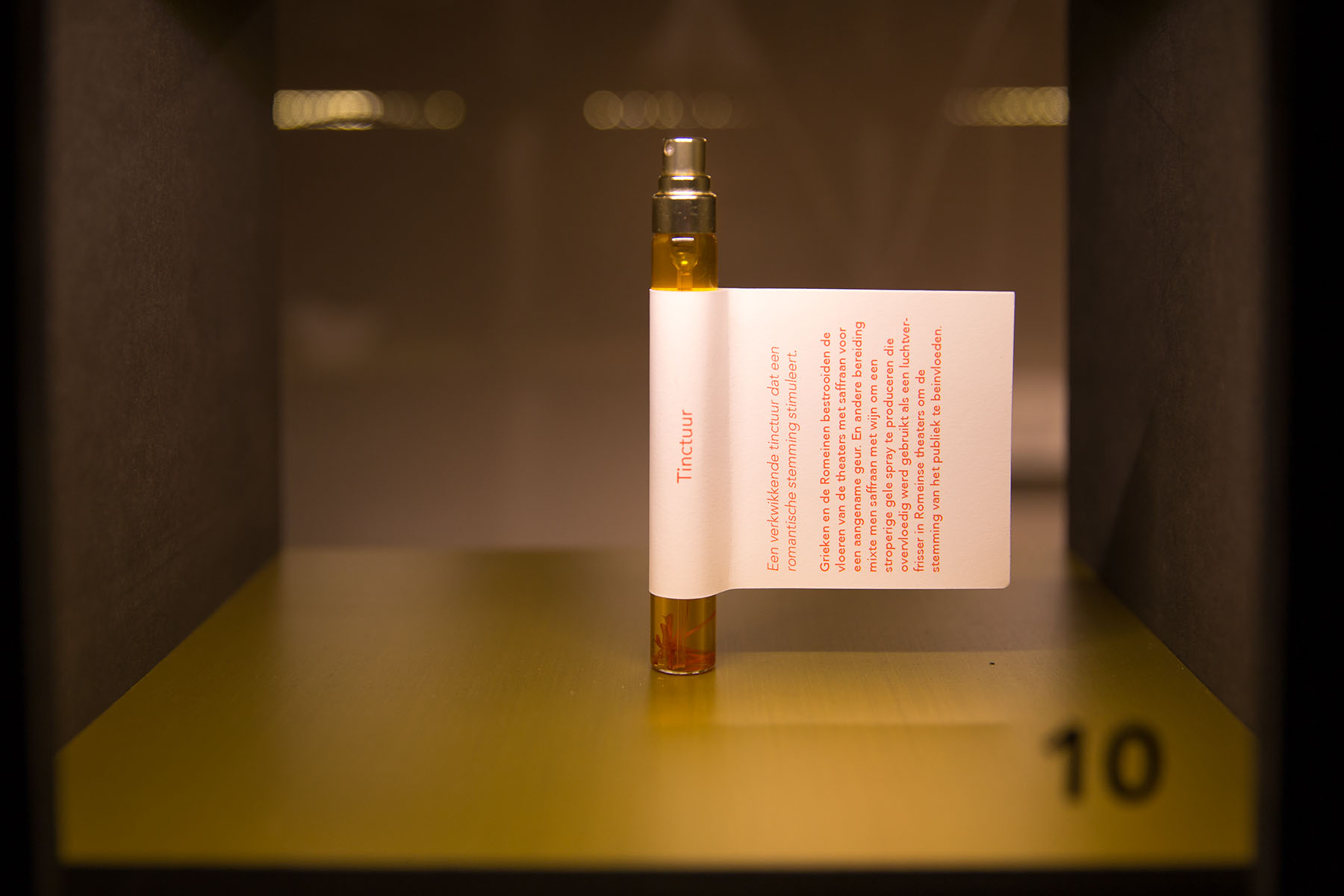 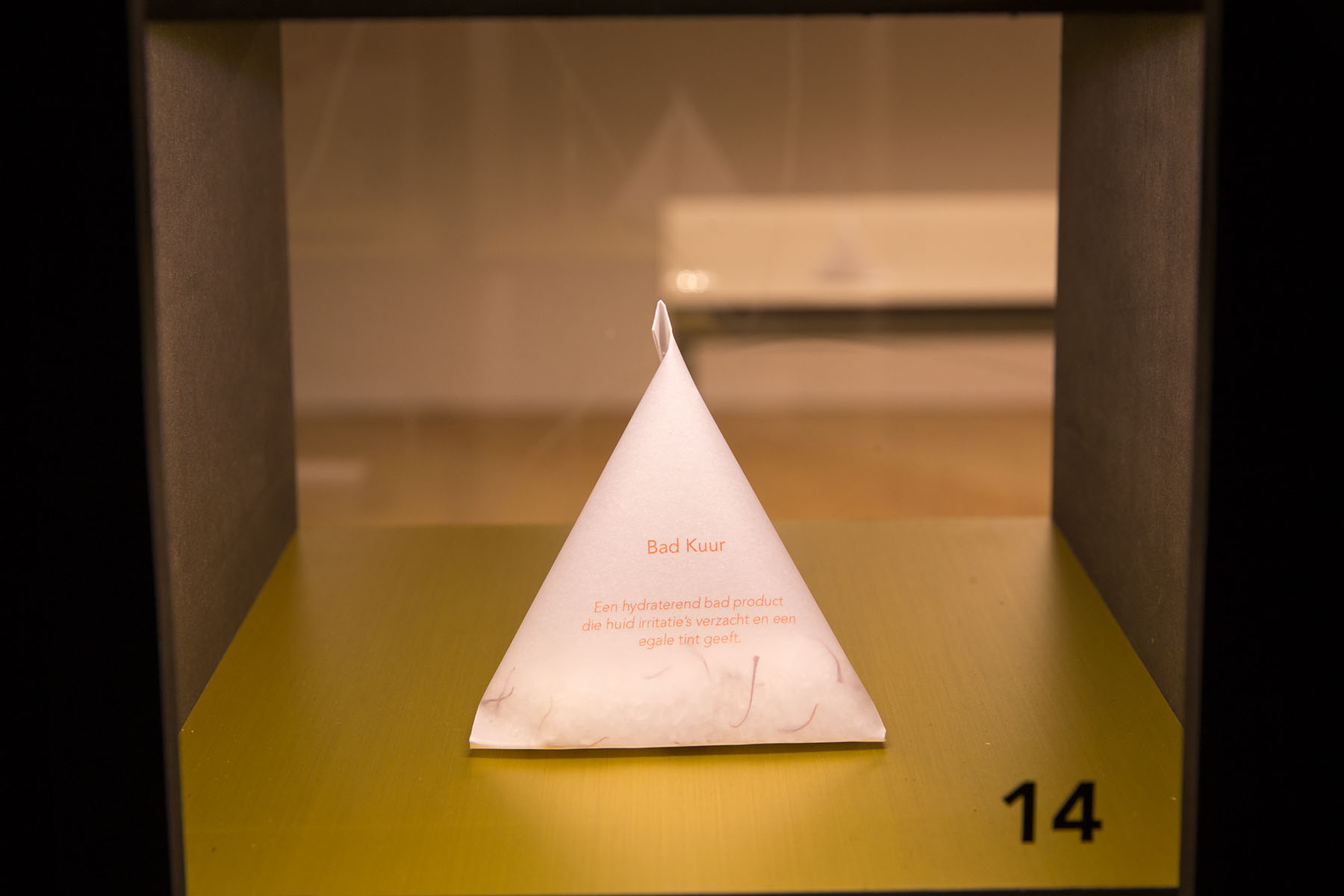 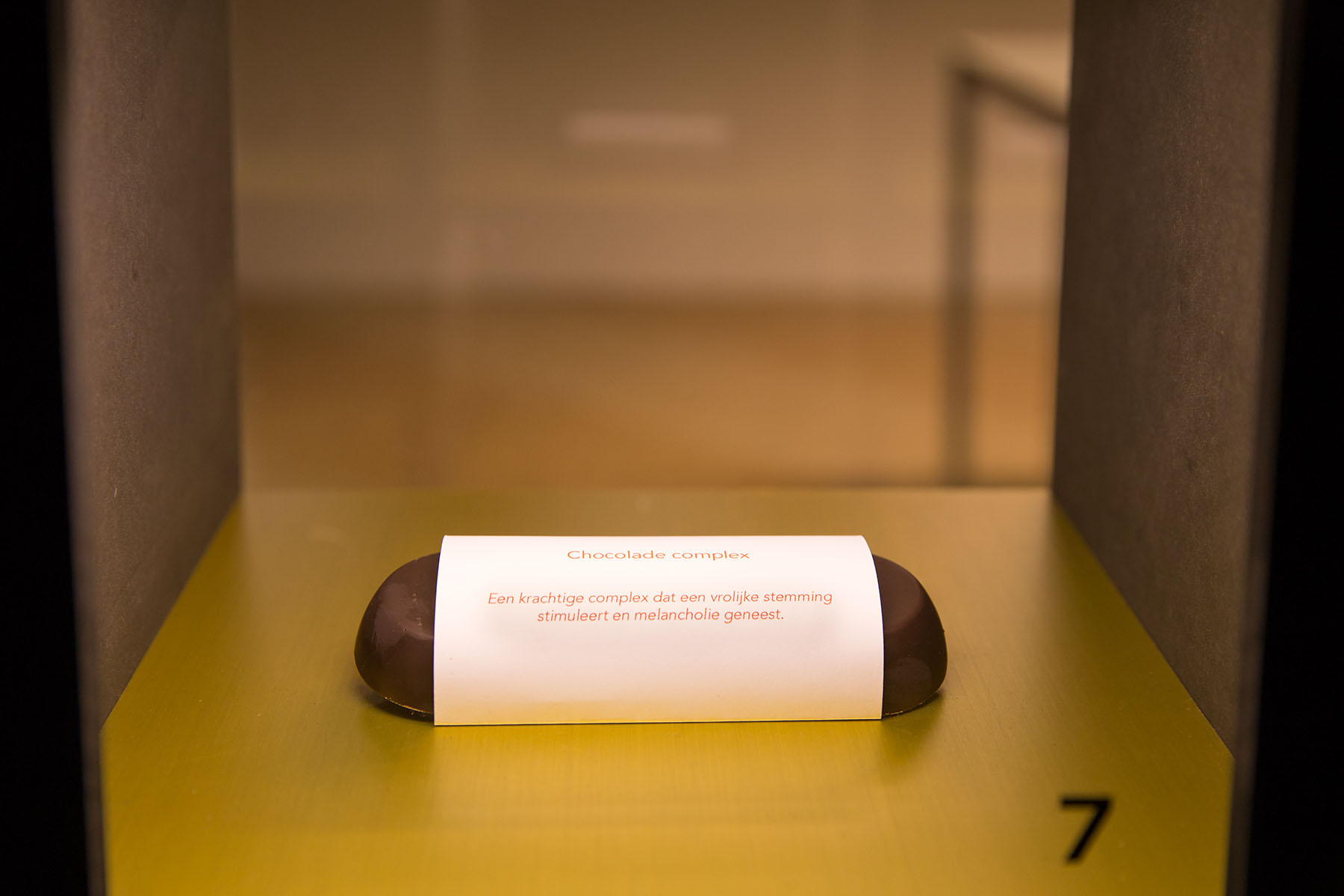 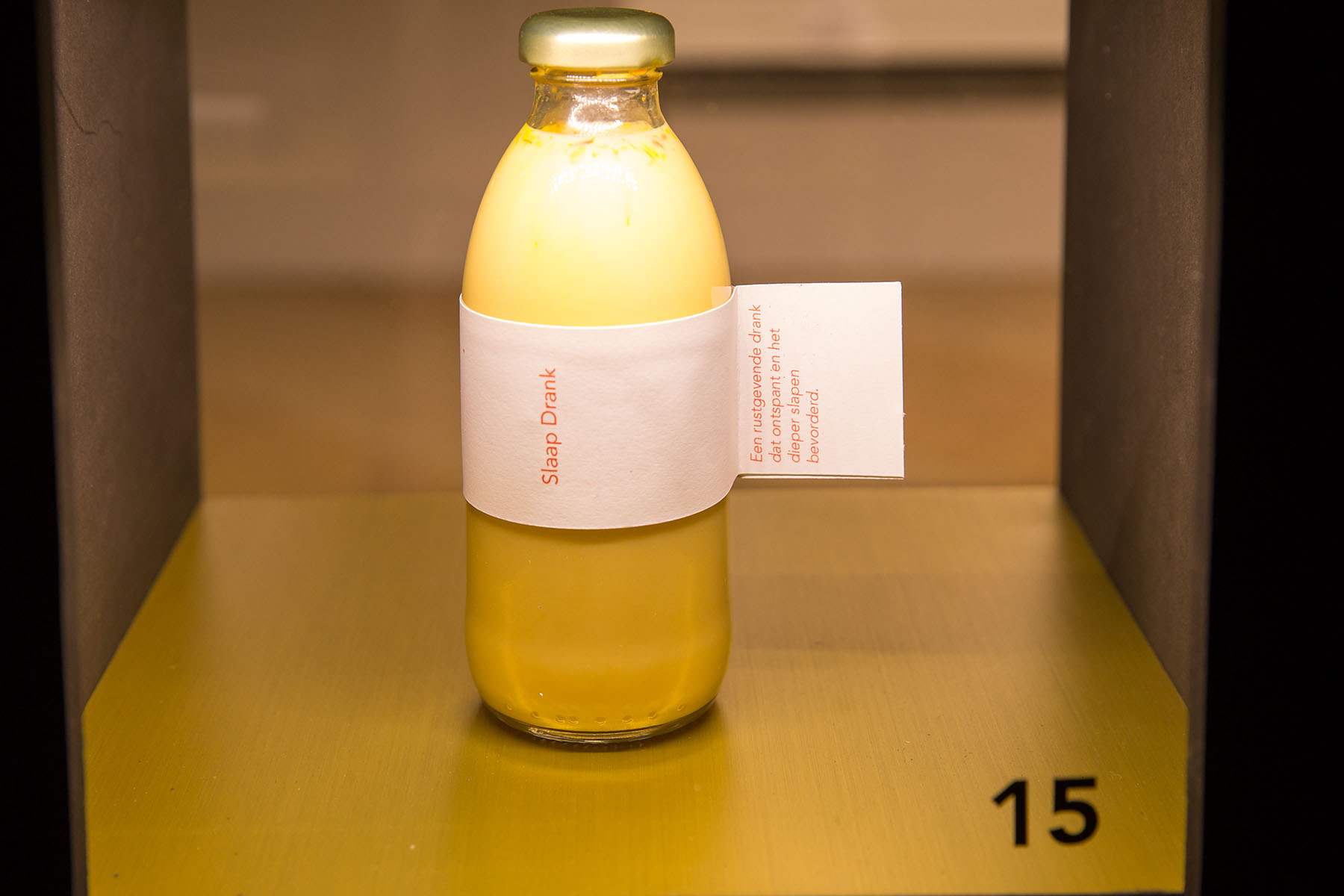 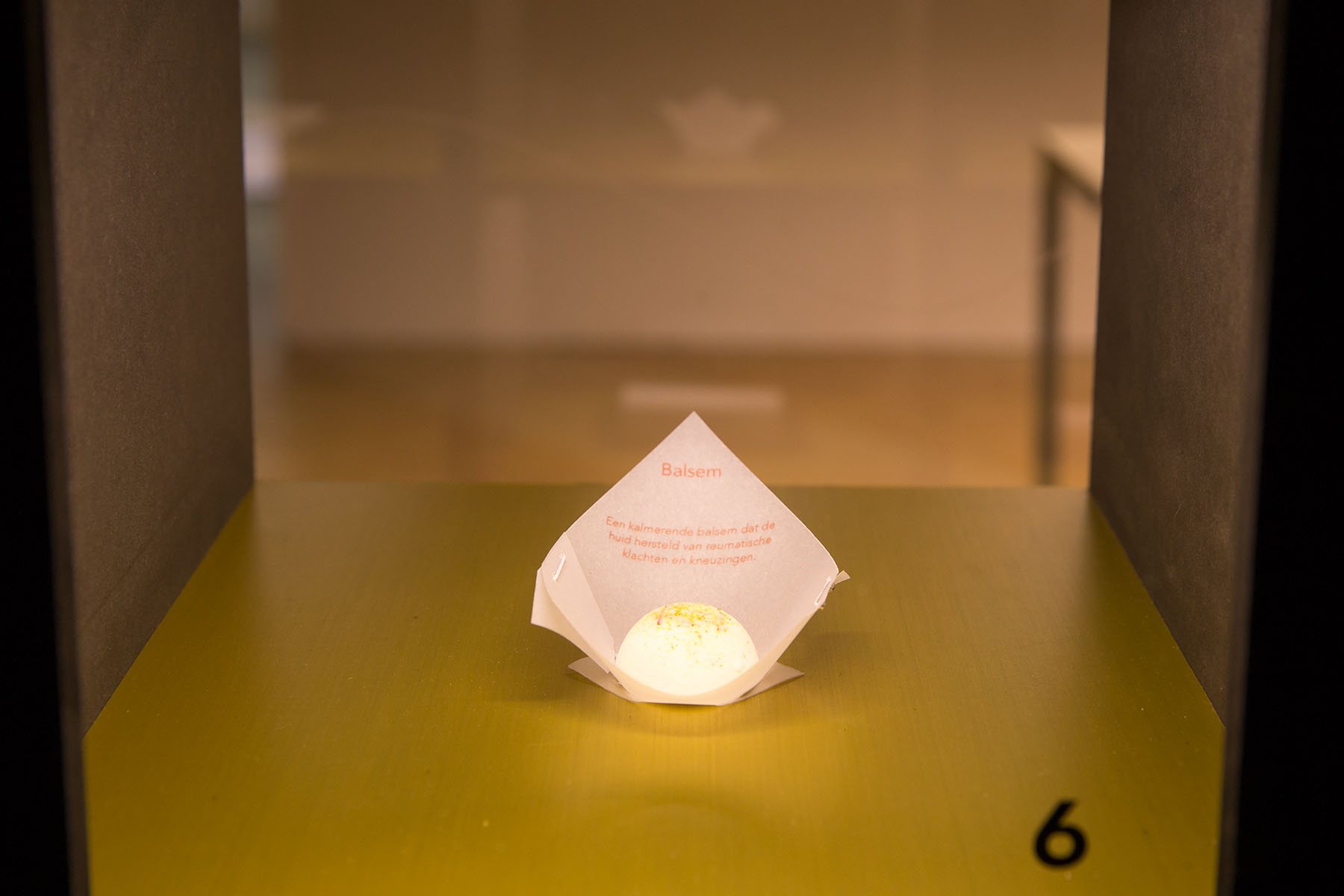